Written by Maria Lind, first published in the catalogue to the exhibition Prosthesis in 1993. Translated by Cynthia Zetterqvist.

Erasmus of Rotterdam (1467-1536) posed simple, but for his time well-nigh unthinkable, questions. Did God the Father hate the Son? Could God the Father have taken the shape of a woman, or for that matter of a cucumber?Mary Wollenstonecraft (1759-97) did something similar when she unveiled the revolutionary ideals of Liberty and Equality; they only applied to the male half of the population! The hardened truths of their times were challenged by the “Emperor’s new clothes" syndrome and were actually rocked to their foundations. Every culture and every age has such truths that at time and place appear unassailably universal. What truths do young people in northern Europe regard as self-evident today? And what questions do these truths generate?

The two Swedes, Jens Salander and Mikael Strömberg, both turn our preconceived ideas upside-down without actually discarding them completely. Mikael Strömberg — musician, composer and writer — is sceptical of music as an isolated cultural phenomenon; he questions its self-inflicted seclusion on Mount Parnassus. He prefers to view music as an integral part of our culture’s communication system.

This is one reason why he samples music and other sounds — that is to say, he recycles existing phenomena, producing new combinations. It leads to us inexorably away from the romantic artistic ideal and the image of an artist who by divine inspiration creates something personal, unique in every detail.

The work of the artist Jens Salander have a similar anti-romantic element. Like Mikael Strömberg he is an appropriator, not of the sounds but of pictures, which he often takes from the mass media. In this exhibition there are photographs from Amnesty International’s publications, from Eisenstein’s film Potemkin, from books on the history of architecture and from pornographic literature. He is by no means out of to flatter the media; instead he uses their established codes to demolish rules of syntax and grammar, replacing them with critical — and sensitive — discourse. His works do not fall easily into categories in terms of technique or style; they are a combination of painting, objects and “borrowed” pictures.

Sometimes he experiments with a visual confusion which demands the observer’s attention. Questions are phrased which inevitably confront our sometimes unshakable precepts — without which we can neither thin nor express ourselves. Just how far is it possible to adapt? As far as the German life-saving dog that became a TV personality in America after the Second World War? Are there victims in a culture that calls itself humanistic? And who are they, in that case? Can it be the habitual television-watcher? Or is it not the murdered street-children of Guatemala? Or the intellectuals of the young Soviet state? And what links are there between the victims and the mythologized personalities?

Mikael Strömberg’s music and Jens Salander’s pictures interact in the installation Prosthesis. At first acquaintance it might be mistaken for a synaesthetic experiment  à la Kandinsky — an attempt to discover points of congruence between music and images — but in fact it is more a collaboration between different mediums, in the spirit of the Russian ballet, comprising different levels of ideas gathered from many different contexts. Thus the silhouette projected by this exhibition embraces a multitude of meanings. The one which recurs most insistently deals with History and Truths — how we can relate to the them without necessarily corroborating them. 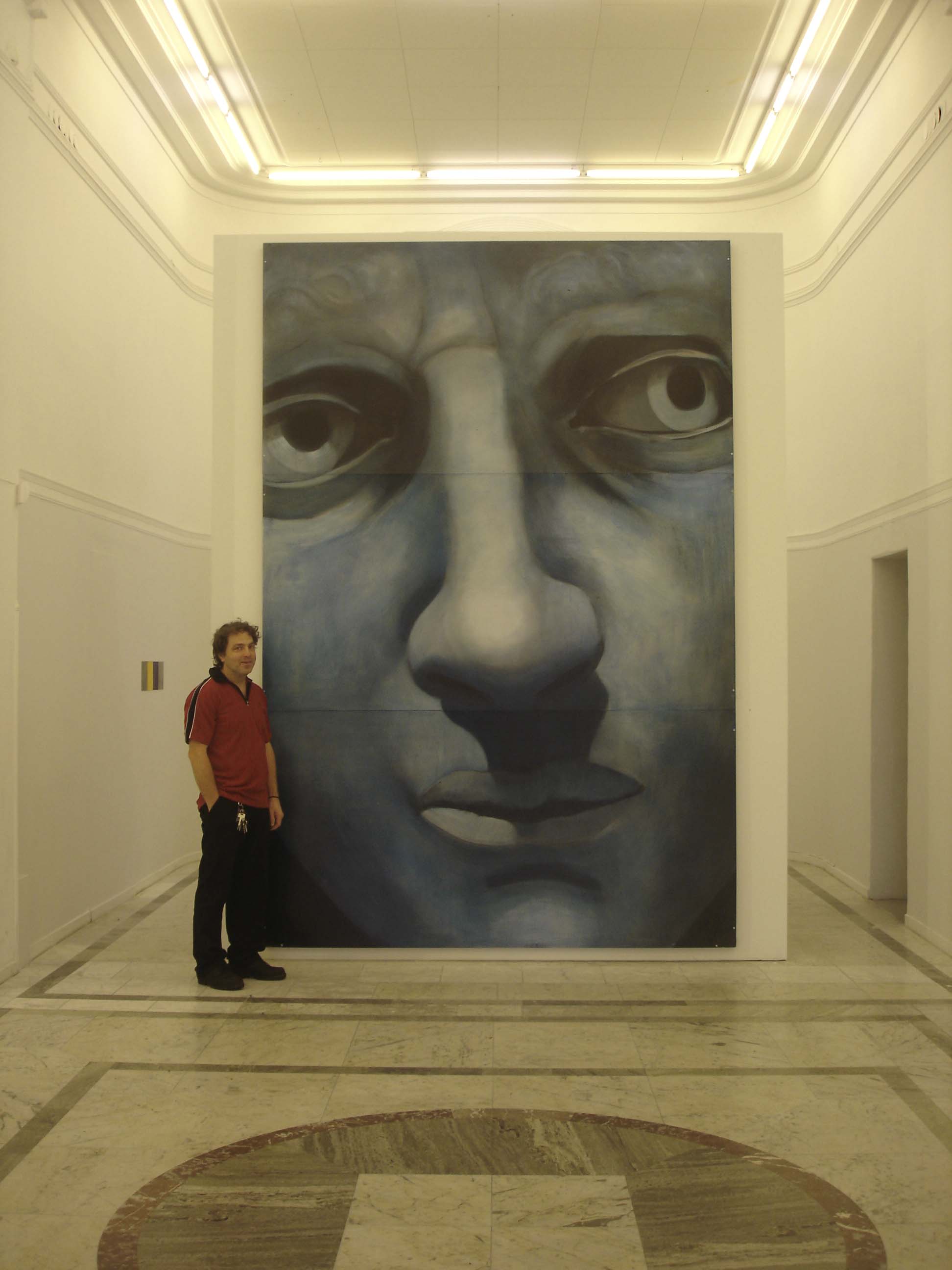