Jens Salanders public work "Ruin" was originally placed at Hedesunda primary school when it was built in the 1990s. The local newspaper Gefle Dagblad interviewed the artist when his sculpture was moved to a secondary school instead:

– I was thinking of how teens often sit on the backrests of the park benches and elsewhere that are not meant to be sitting on. Then they might like to sit on these columns, I thought. But there are almost no teens at the school in Hedesunda, so it went wrong. The little children beat themselves when they played at the sculpture.

The teachers protested and the sculpture was taken away from the schoolyard until reassembled on the big lawn next to Borgarskolan Secondary School. Jens Salander is pleased with the new location:
– Here are the teenagers. I think they might like to sit here sometimes, he says. The sculpture, similar to a Greek ruin field of concrete, is getting bigger this time. The rule that one percent of the building cost will go to art has been applied when the Borgarskolan was rebuilt and, for that reason, Jens Salander has been able to complete the sculpture with a pair of legs that will protrude as if the artist was broken by the work.

– The molded legs remained on the lawn at my cottage all summer, to the neighbors' delight, he says while the big nose, another part of the sculpture, is carefully lifted in place.
– The nose is a comment to all the old sculptures where the nose has fallen off. Here it is the opposite, says Jens Salander. 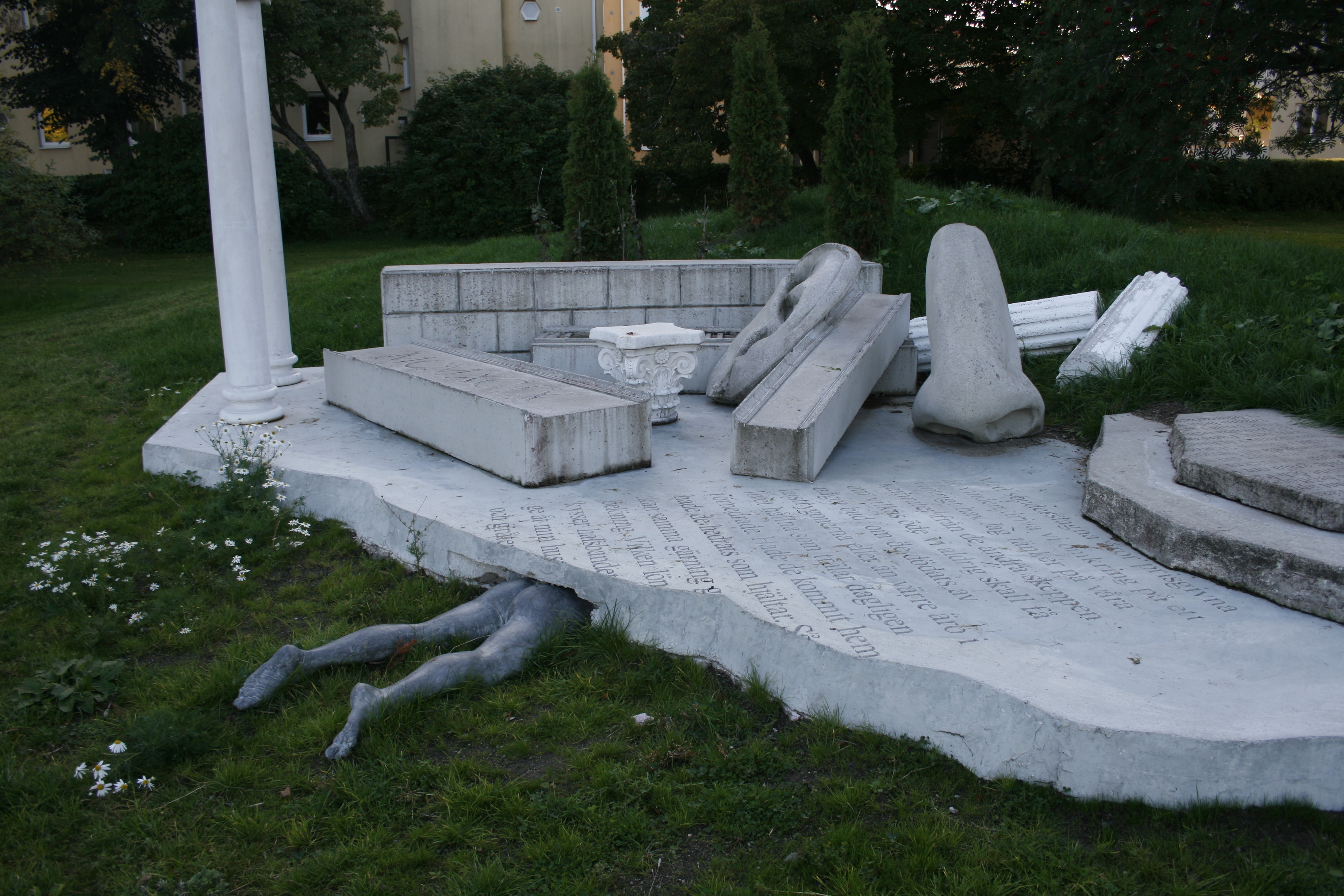 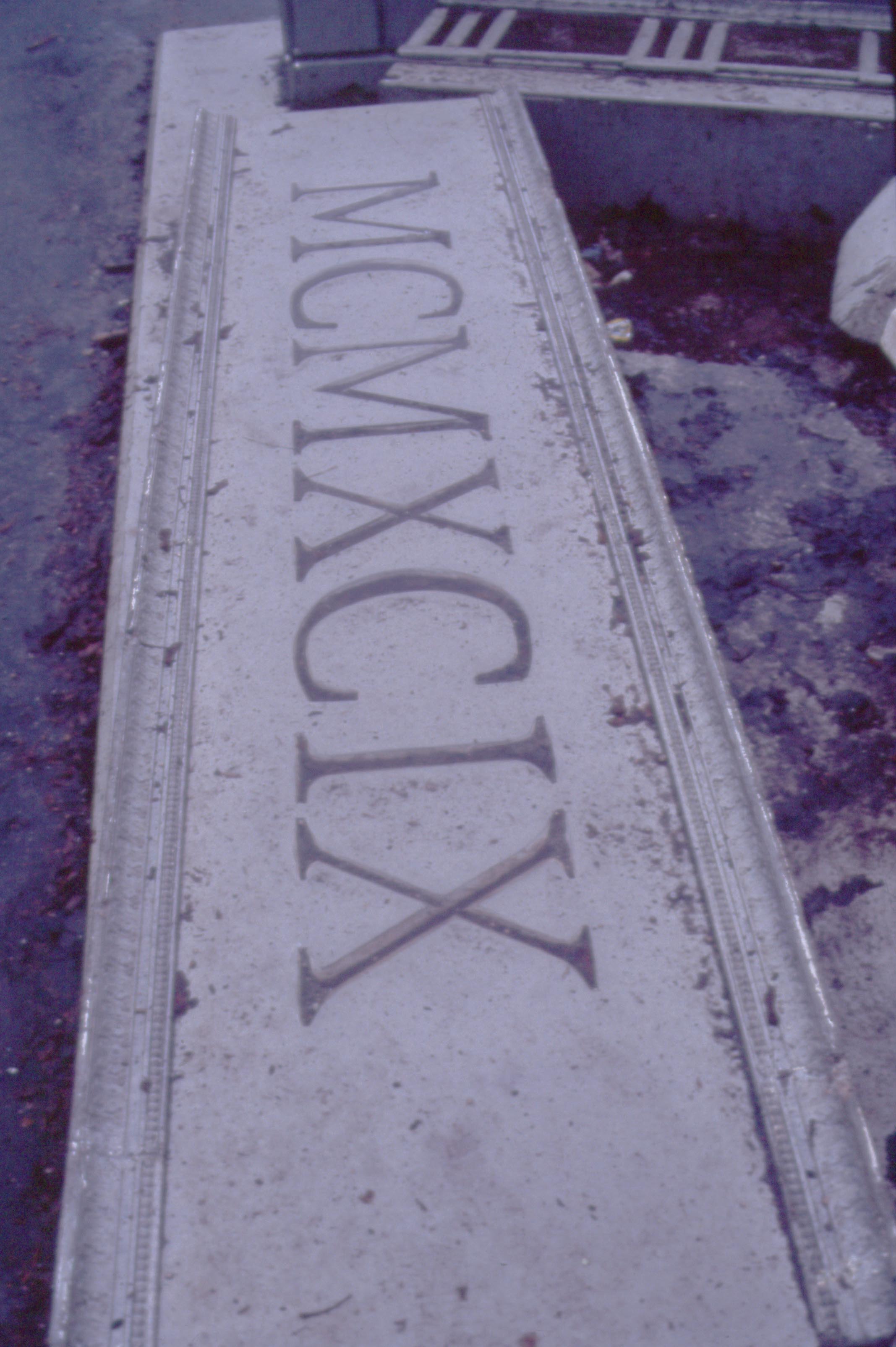 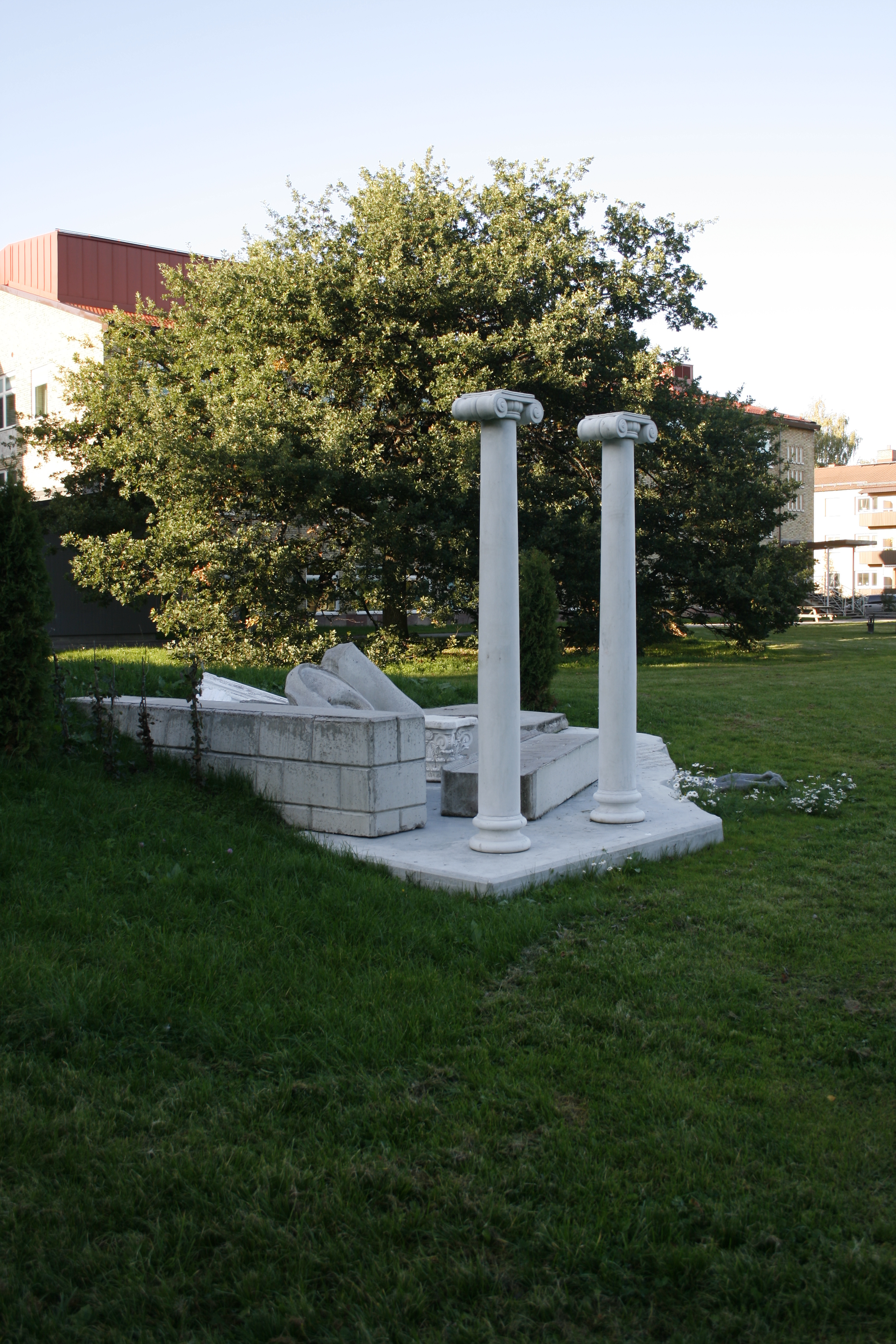 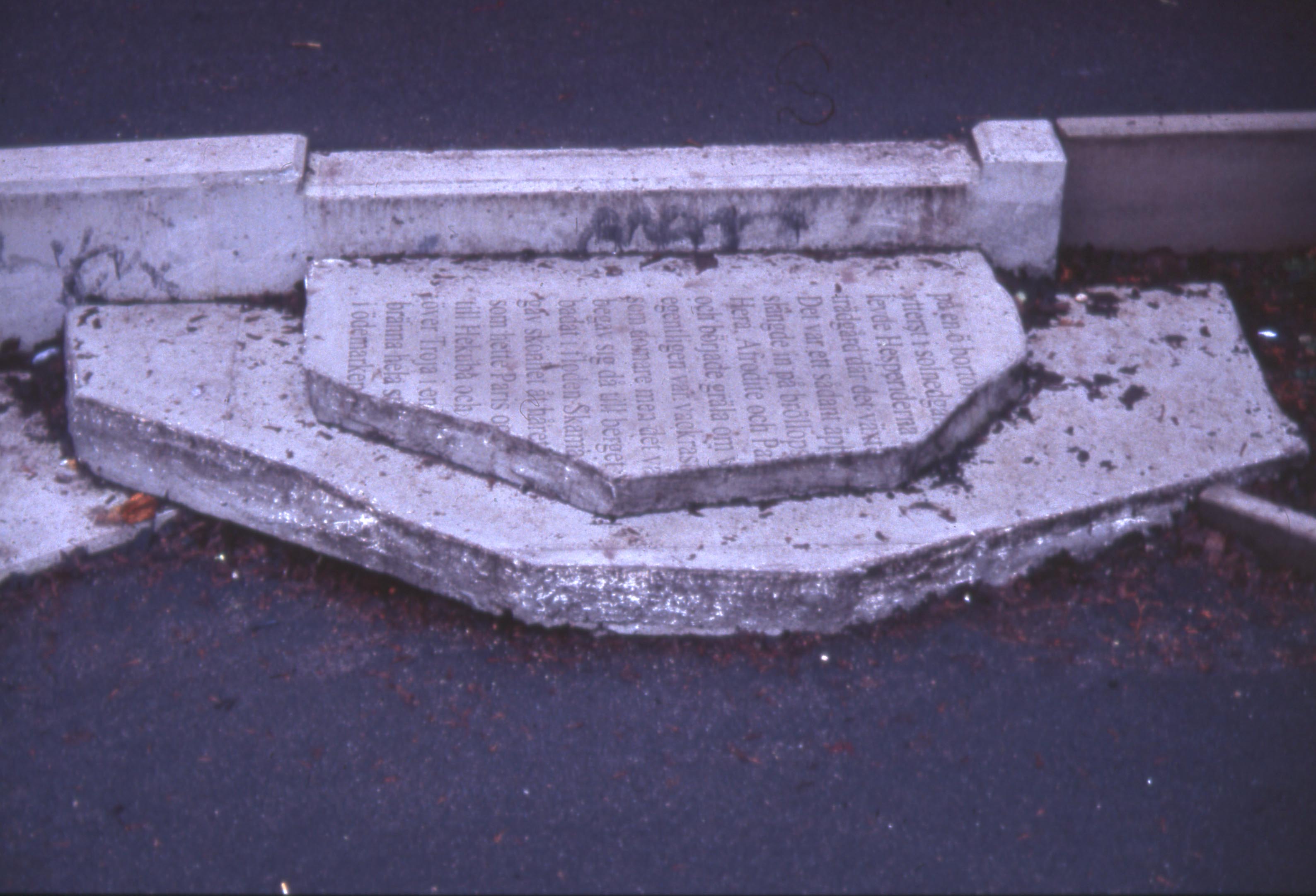 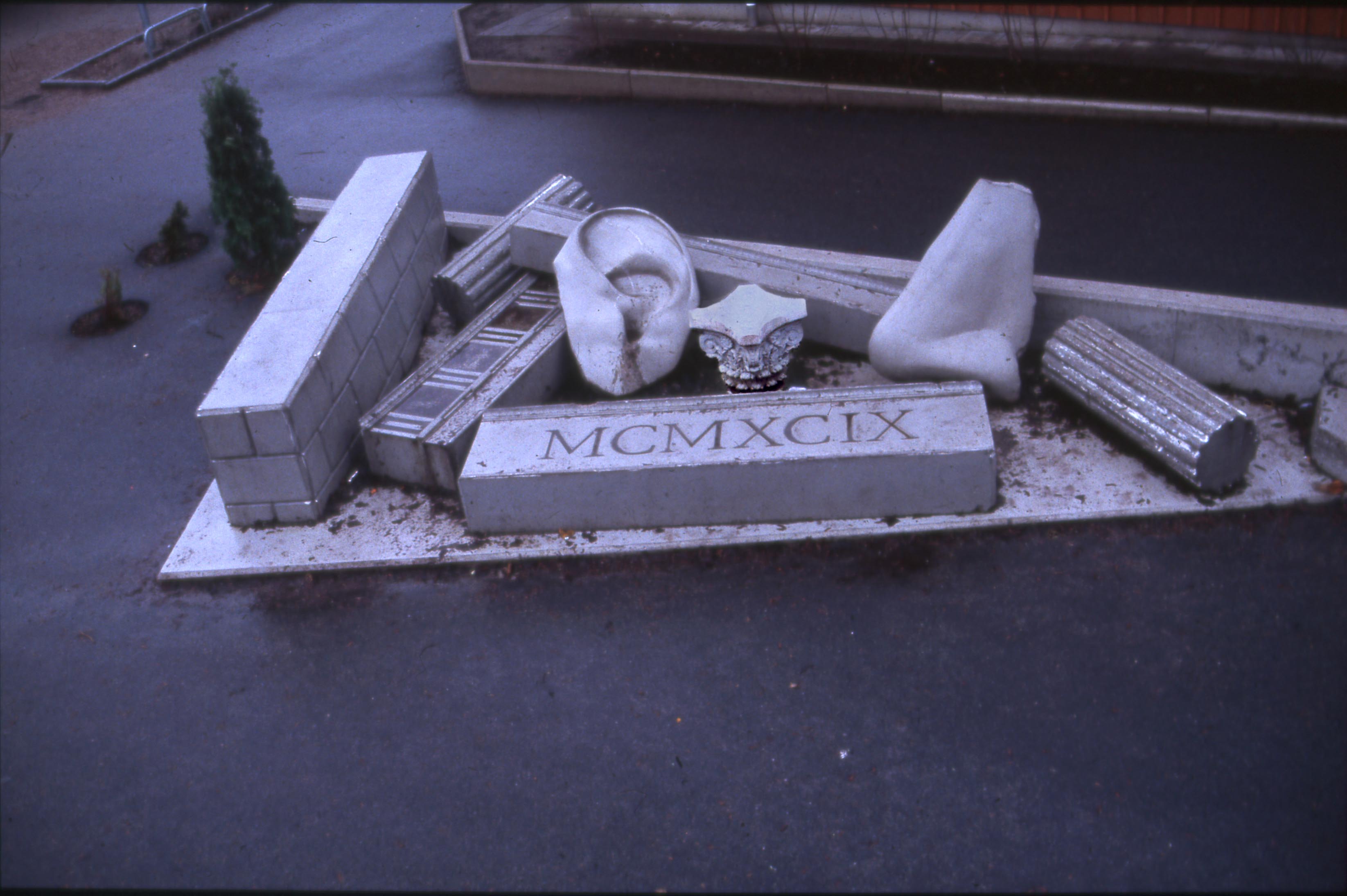 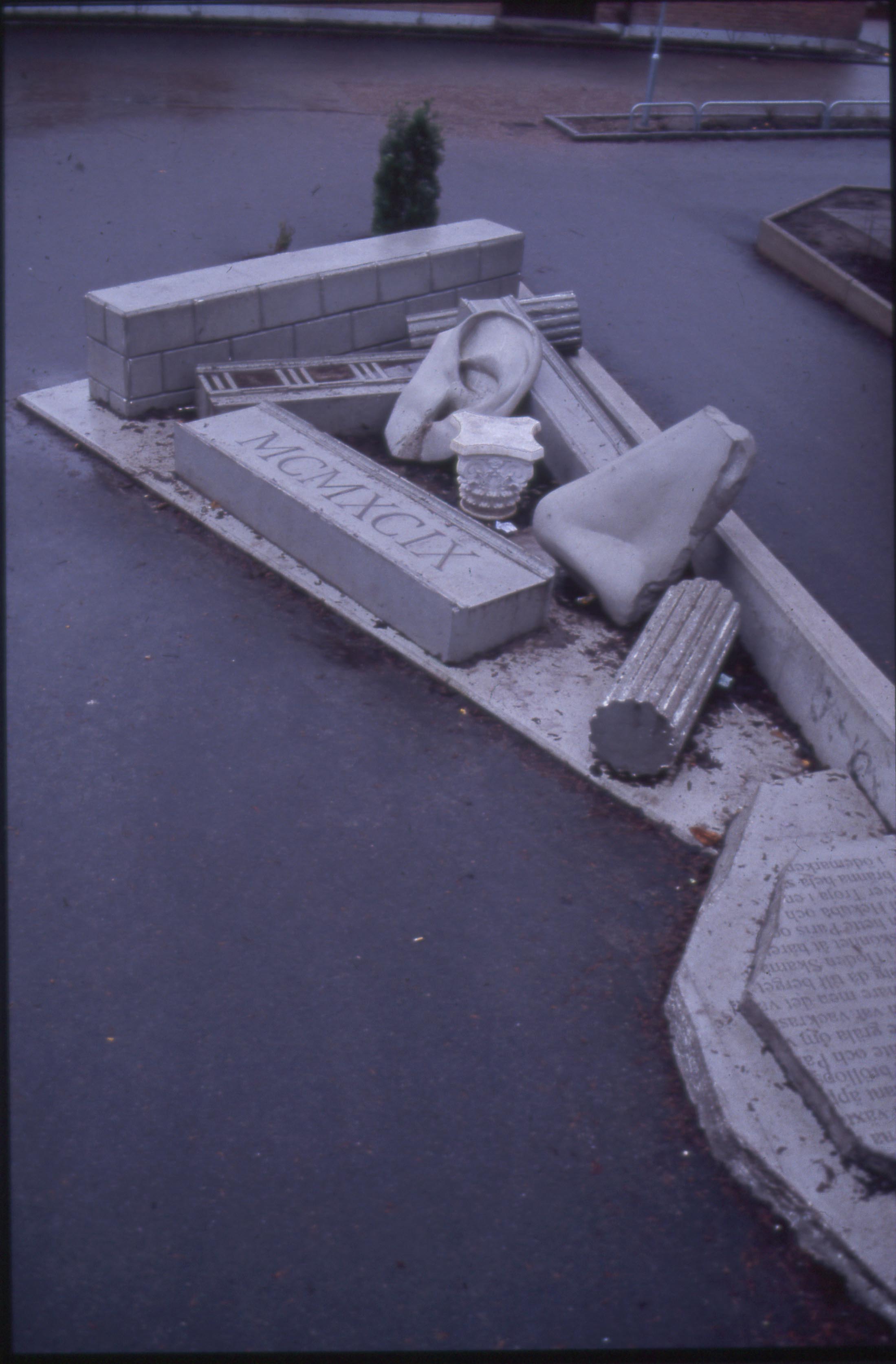 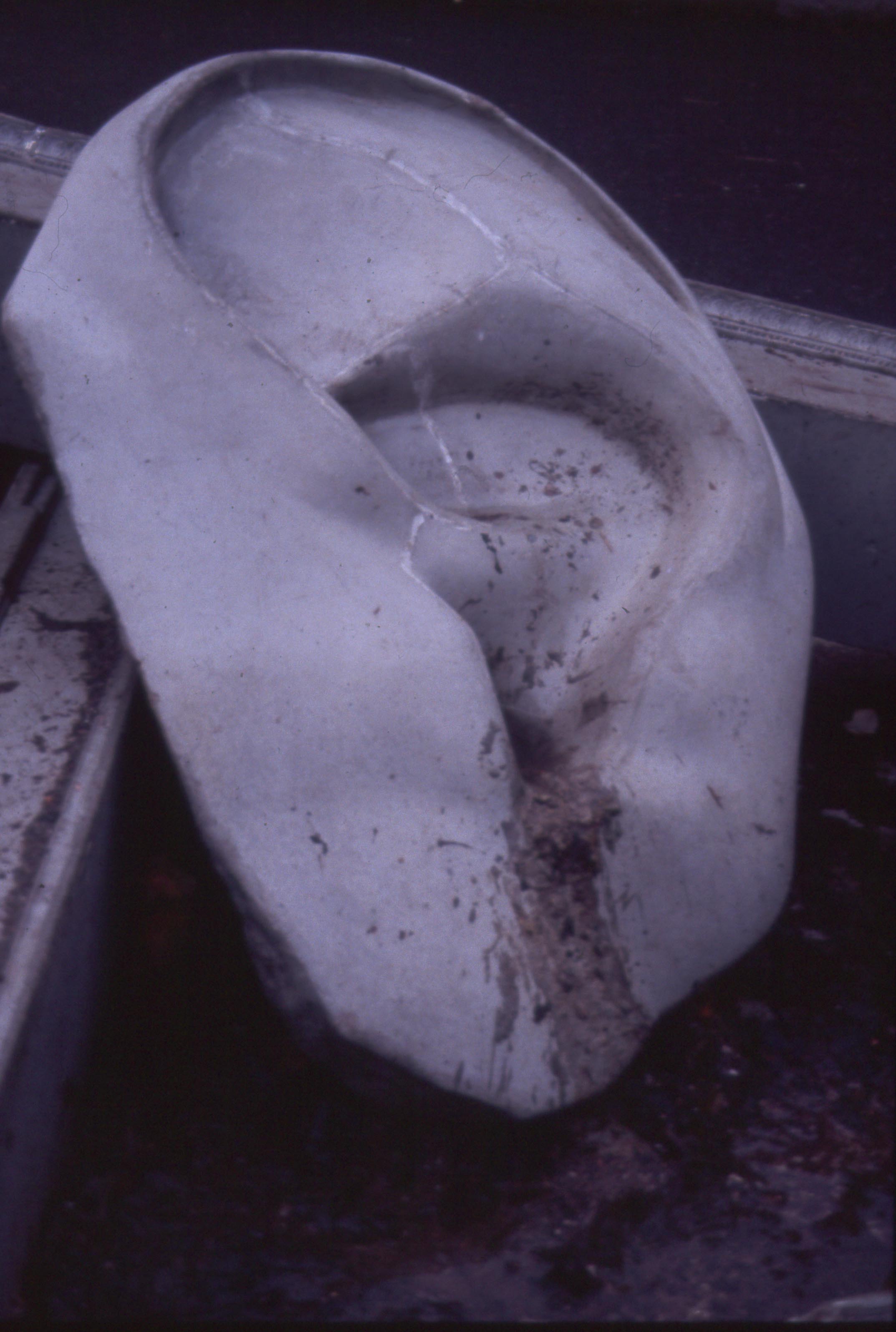 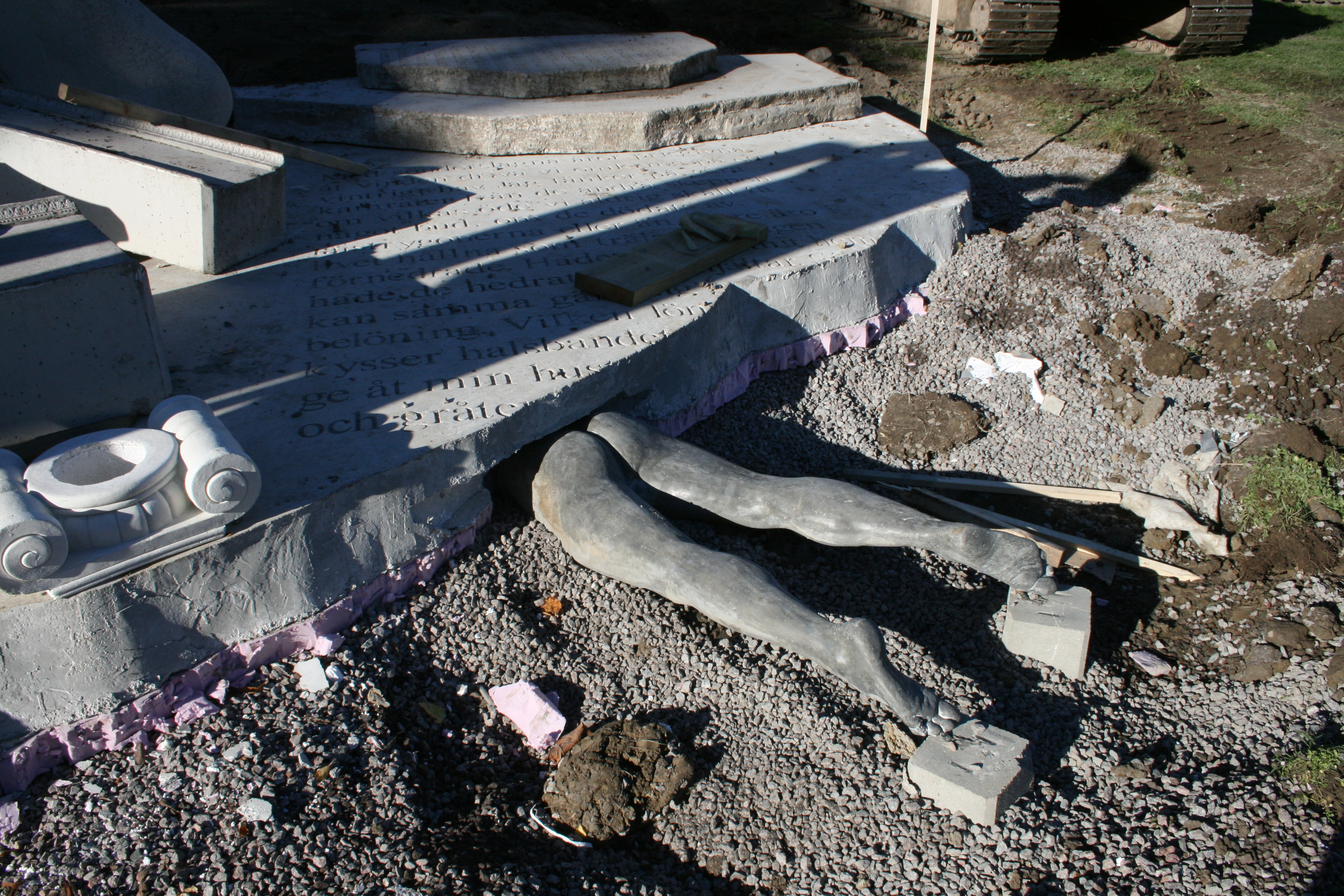 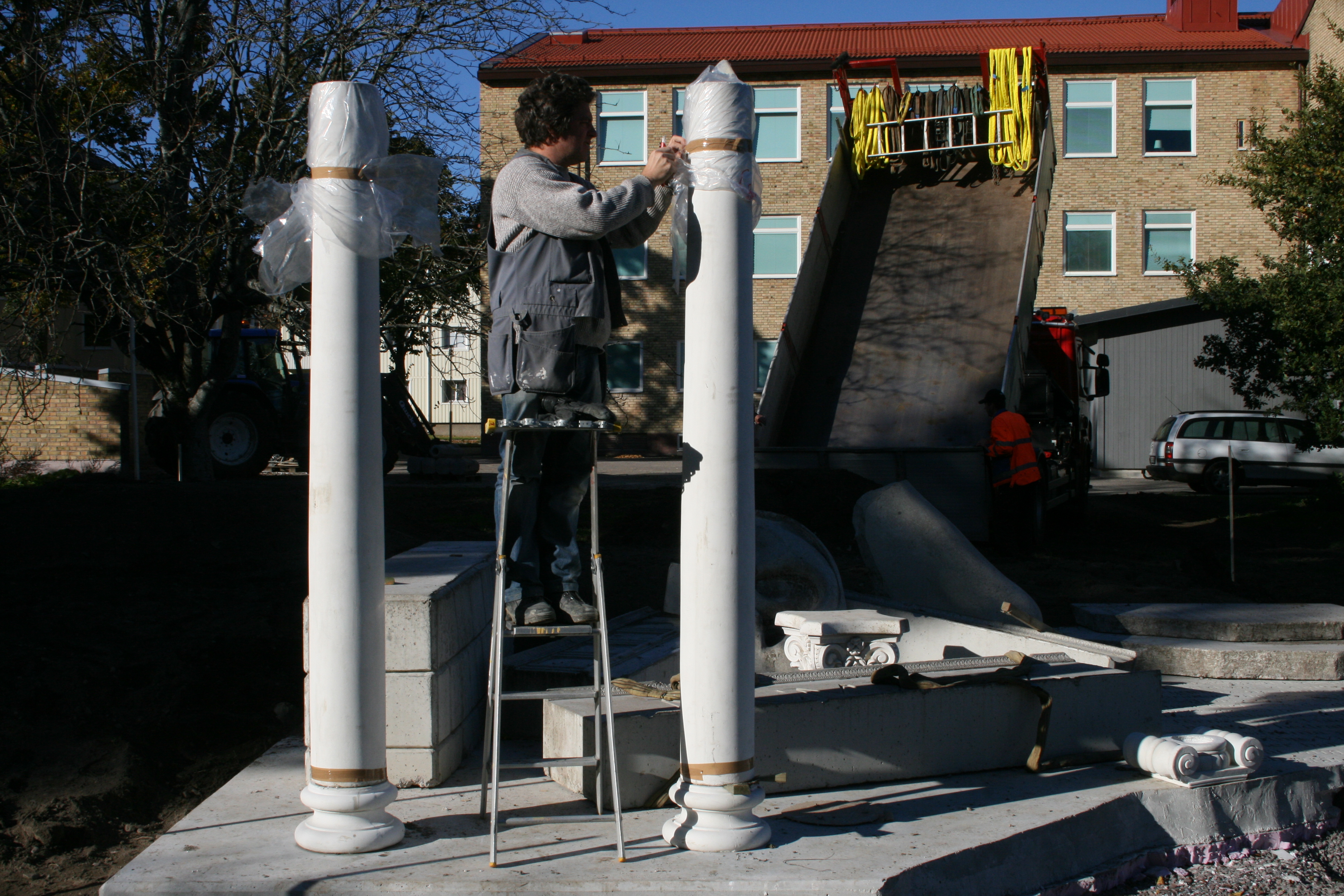